CityEngine has been applied to create thousands of Roman buildings and dozens of Ionic and Corinthian temples. 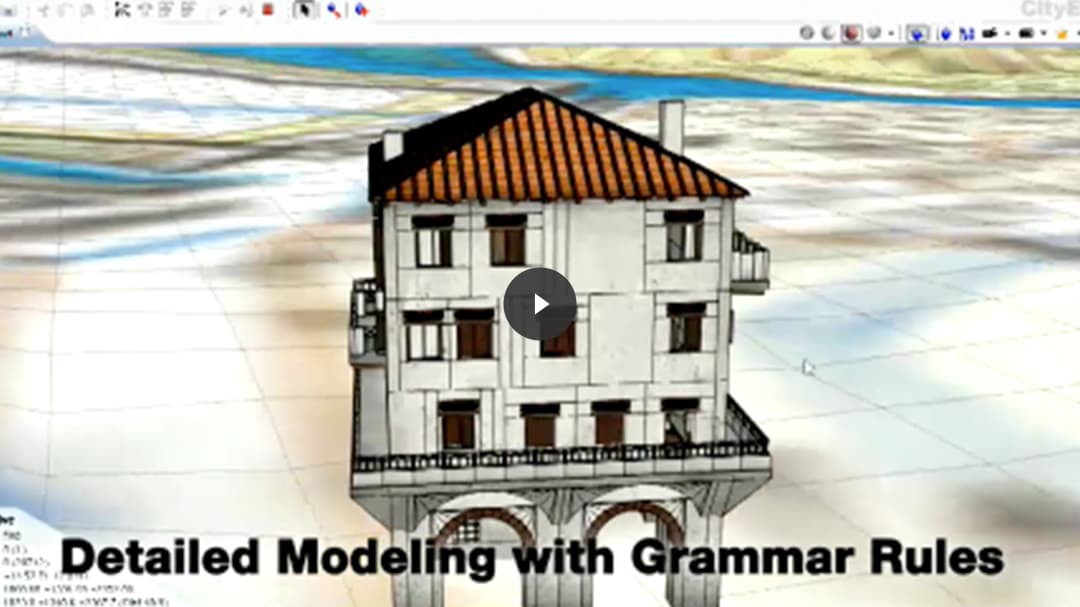 The detailed 3D models of Rome's monuments – such as the famous Colosseum and Ben Hur's Circus Maximus – were created manually in several man—years of work by experts in archaeology and computer graphics across the whole world. To reconstruct the surrounding urban environment in similar detail, CityEngine was applied. Thus, over 7,000 Roman buildings and in addition several highly detailed temple models have been generated with CityEngine.

"CityEngine is a perfect match for the Rome Reborn project," says Bernard Frischer, director of Rome Reborn. "Our project involves the complete virtual reconstruction of the city at its zenith under Emperor Constantine, when it had about one million residents. To build by hand the corresponding 7,000 apartment buildings, family houses, public buildings and temples would have taken us forever; but CityEngine's power and flexibility made the process amazingly quick without sacrificing detail or quality. This allowed us to concentrate on modeling the unique monuments. CityEngine also helps to quickly change the model as new scholarship or discoveries warrant."

Over 7,000 domestic buildings existed in ancient Rome. Since archaeological accuracy is of high importance, the street network and the parcels have not been generated with the urban layout tools of the CityEngine. Instead, the reconstruction had to be based on existing and known data, and since no street network or footprints were available which could have been imported into the CityEngine, rough mass models were imported.

This resulted in a rather elaborate modeling pipeline. In the first step, the famous Plastico di Gismondi, a huge plaster exhibited and preserved in the Museum of Roman Civilization in Rome, was scanned under the direction of Bernard Frischer (IATH, University of Virginia) and Gabriele Guidi (Politecnico di Milano). In the second step, the scanned data were interpreted resulting in classified mass models available as polygon data. In the last step, these mass models were imported into CityEngine.

In CityEngine, grammar rules have been designed under the guidance of archaeological consulting. These rules have then been applied to refine the mass models, resulting in detailed 3D building models, which then can be exported into any 3d package or visualization software. 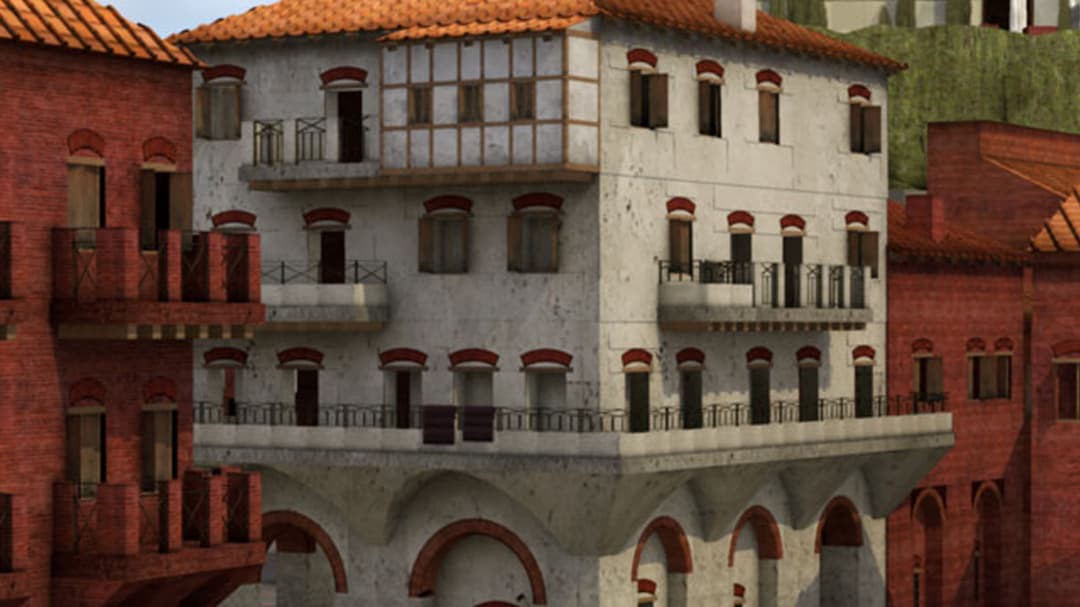 Besides the domestic buildings, CityEngine was applied to reconstruct the numerous temples built by the Romans. The Ancient temples were built by closely following the structured and well-described rules of classical architecture. Thus, one grammar rule set was written to generate Ionic and Corinthian temples. The rule set is highly detailed and contains almost one hundred attributes which can be altered to control the final appearance. But often, due to ruination, not all attributes, such as the capital height, are known. Therefore, the proportions as described by famous Renaissance architect Palladio can be easily implemented in the rule set. Consequently, the user has to only enter the few parameters he knows and the remaining parameters are then calculated proportional to the known parameters.

To summarize, the attributed grammar rule set allows for the accurate parametric modeling of temples. Therefore, since CityEngine provides an intuitive user interface for these parameters, the archaeologists can create and alter highly detailed 3D models in very short time. 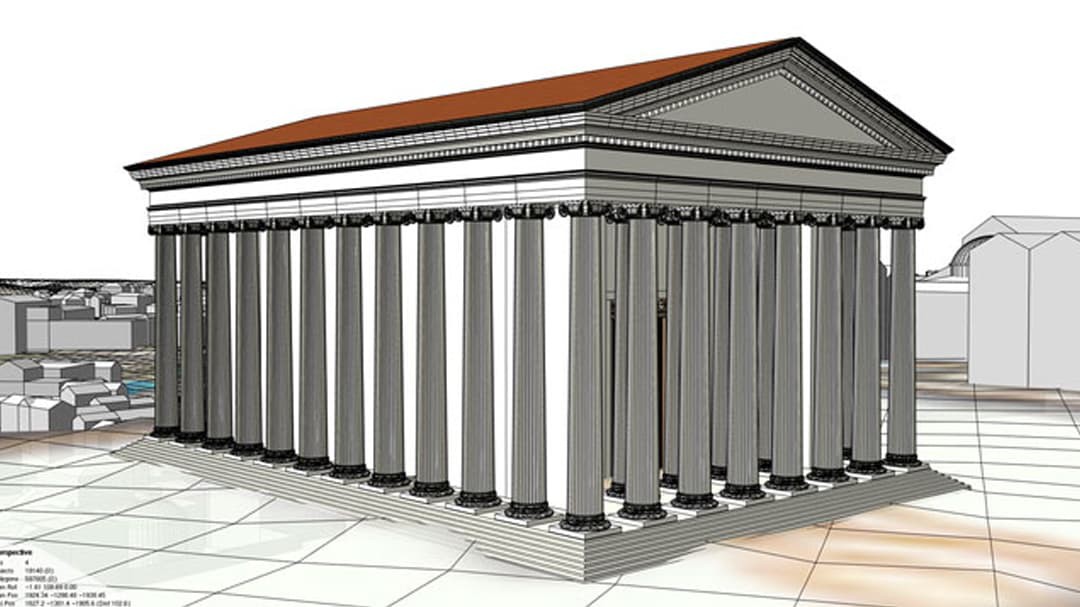 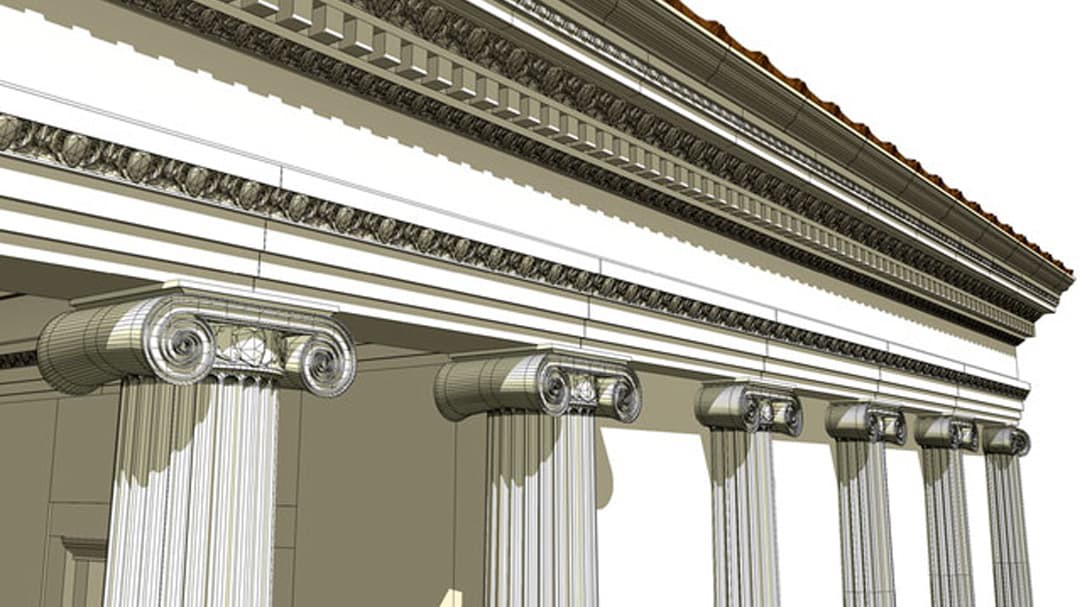 Rome Reborn exemplifies new approaches for exhibiting historical findings in museums, classrooms, and on the Internet. Approximately 7,000 buildings recapture Rome at the peak of its glory in 320 AD, at the time of Constantine the Great. Rome Reborn opens new channels for education, for collaboration between scholars, and for the communication of archaeology to the general public.