3D Rotterdam in the Cloud

The resulting city scene consists of 3209 buildings in the center of Munich, Germany. Using GTA's detailed real-world GIS data, buildings are generated in different levels of detail which can be adjusted interactively depending on the requirements. Buildings with high level of detail feature 3D facade assets as well as roof bricks. 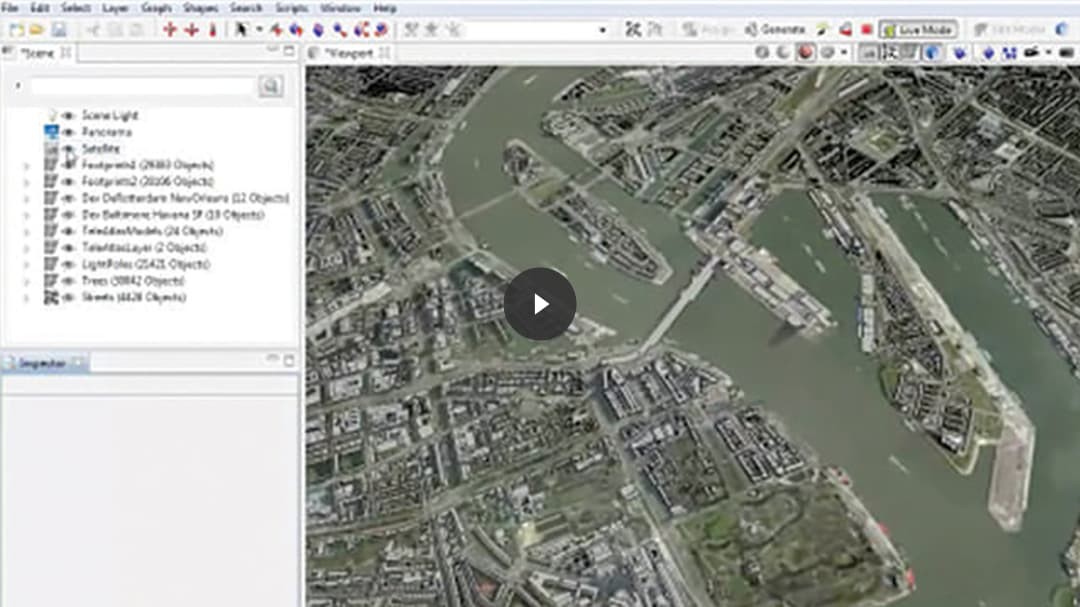 The project introduces a new pipeline for the creation, analysis and visualization of photo realistic 3D cities generated from 2D ArcGIS data with CityEngine and RealityServer®. The latter runs in a GPU-based cloud computing environment, enables the sharing and full remote interaction with complex 3D cities on mobile devices such as netbooks, tablets or even the iPhone.

In CityEngine, the scene can easily be exported to RealityServer® (via the mental ray® scene description format .mi). For Rotterdam, the different scene elements have been exported per layer. This allows easy changes to the visibility of the corresponding groups of objects in RealityServer®.

The illustration below shows the data flow through the pipeline. 2D GIS data can be imported and processed in CityEngine and exported as 3D data to either ArcScene for further analysis with ArcGIS 3D Analyst in ArcScene, or RealityServer®. With RealityServer®, the generated city models can be directly uploaded and accessed in a browser for visualization and interaction. 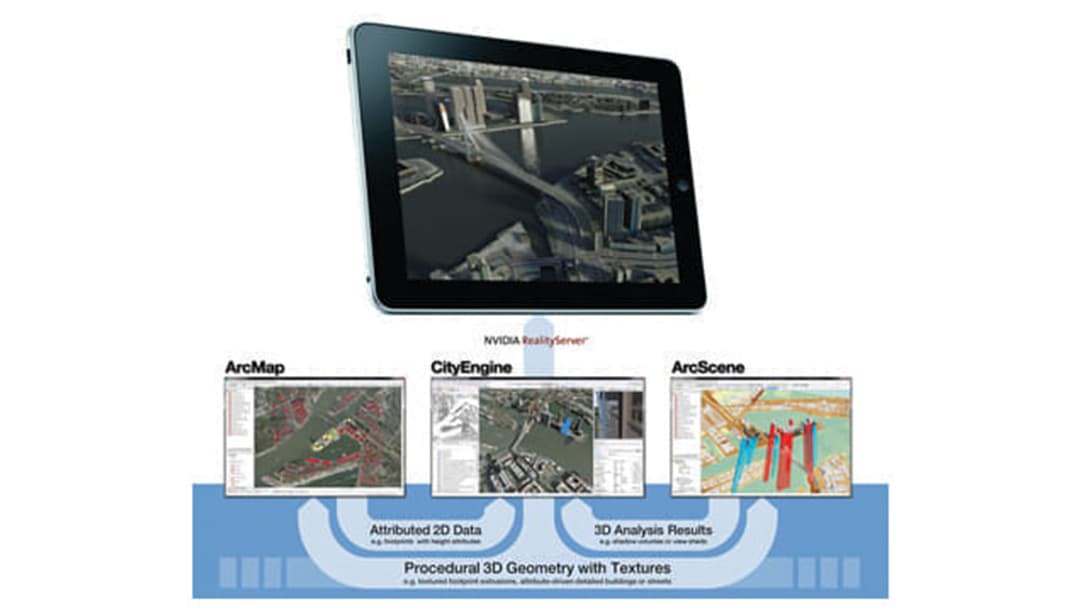